We now offer curbside pickup! Call the store for details and updated hours: (972) 386-7387
Know before you go! Petland Dallas does a deep sanitizing of all areas twice daily and sanitizes in between each customer and puppy interaction. We also practice social distancing when we place customers into our playrooms to visit with the puppies. 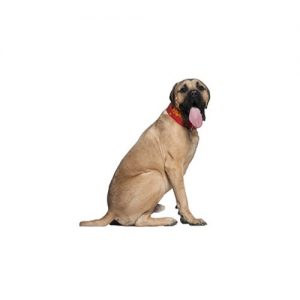 A giant among dogs, the Mastiff is as enormous as they get. It is a breed of dog that catches the eye wherever it goes. This head-spinning canine awe-strikes both canine enthusiasts and non-enthusiasts alike. Mastiffs are muscular and powerful. They are the largest dog breeds in terms of size. Discover more about our Mastiff puppies for sale below!

The Mastiff is also known as the English Mastiff. Today, the name ‘Mastiff’ is used collectively for dogs that are huge and behave similarly. Mastiffs have a history that dates back to the 6th century. They are portrayed in figurines and other forms of art from ancient Assyria.

It is believed they are ancient warriors who fought lions, tigers, even gladiators in the Roman Arena. The Mastiff is a descendant of one of the most ancient types of dogs which is known as the molosser. The molossers are a breed that are probable origins of the mountains of Asia.

Other reports suggest they may have originated from Tibet or north India. The molossers had a star dog long ago – Molossus who was a war dog. This shows why the Mastiff as we know it today is so strong and powerful.

Historically, Mastiffs served as war dogs, guards, and entertainment. They were drawn against ferocious animals for sport. Historically, they have moved with great armies and fought great wars.

All the mentions of their ancestral lineage and the great armies they’ve fought against make people regard Mastiffs as dangerous and impossible animals to be kept as pets. This is untrue. The Mastiff is very friendly with children and adults alike.

It only attacks when it feels threatened just like any animal would. Mastiffs rarely need to get into a fight with other dogs because of their intimidating size. Other dogs cower at the sight of this giant they can’t make sense of.

The Mastiff almost never gets into a fight as easy as the Irish Terrier does for example, or getting provoked easily like the American Bulldog. This doesn’t mean he shys away from confrontation.

In fact, when the Mastiff gets ready to bare its fangs and throw his paw, he does it in a swagger that tells he is most confident he isn’t losing that fight. The Mastiff is friendly with children. It doesn’t get provoked at their pranks and tricks. Mastiffs are a symbol of controlled power. They are loyal dogs.

The determining factor of their environment is their size. It is difficult to fit them into an apartment. The neighbors would make complaints and you would be forced to be rid of them. This is why they are more suited to suburban homes and country setups.

They are house dogs but do best in homes with fenced yards. Owners with smaller homes are not advised to keep Mastiffs.

They may be house dogs, but Mastiffs like a good walk. They should be taken for walks daily and these walks shouldn’t be less than 30 minutes daily. The walks can be a couple of times a day too.

Mastiffs can overheat easily making it inadvisable to take them for long walks. Younger Mastiffs love to prance around but the jumping about should be limited so as not to damage their still-developing bones.

Jogging with Mastiffs would be difficult because of their size and the ease at which they get hot. Mastiffs should be walked during the cool parts of the day, i.e. morning and evening.

Mastiffs have a straight and short topcoat with an even shorter undercoat. Mastiffs should be brushed weekly. Mastiffs usually have an extra fold of skin around the jaw.

Their teeth require care. It should be brushed twice a week or more. This helps to prevent tartar build-up in the mouth. Mastiffs are heavy chewers. They will chew anything they find amusing.

The unregulated breeders who are selling outside of the USDA regulations and without a license are what we consider to be “Puppy Mills.” We are committed to offering Mastiff puppies who will grow up to become important members of your family. We only purchase puppies from the very best sources, and we stand behind every puppy we sell.

Are Mastiffs good with kids?

Personally, they do not attack kids but their huge size can cause a problem for kids and knock down the elderly.

They are not heavy shedders.

How big is the Mastiff?

Mastiffs have been recorded to weigh about 100 lbs. and can have a height in the range of 27 inches to about 36 inches. The world record weight of a Mastiff is about 300 lbs.

If they aren’t well socialized at a young age, they can grow up to be shy. They are very sensitive animals.

Mastiffs are good guard dogs. It is usually unnecessary to train them attacking as they instinctively guard their home from intruders and their sheer size is usually terrifying to any.

How good are Mastiffs with children?

When raised with young kids, they get accustomed to them and are gentle with them. It is important to make sure your kids do not ride the Mastiff because it can cause them trauma.

What is the Mastiffs life expectancy?

They have an average lifespan of 6-10 years. A tiny number have lived for 17 years.

How much do Mastiffs bark?

As all puppies of different canine breeds, they bark. But when they are older they tend not to bark at all except if there is a reason to. When they bark at night, there is usually something that needs investigating.

Do Mastiffs love to dig?

They love to dig. Apportion them a spot and they’ll dig their hearts out.

Watch our video on Mastiff puppies

Not seeing what you are looking for? Let's start by giving you a $100.00 off your puppy by making an appointment today.